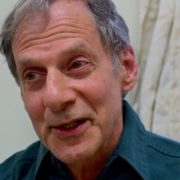 Editor’s note: David Gilbert has been a political prisoner for 39 years, he’s the father of San Francisco District Attorney Chesa Boudin. This is a letter he wrote to a Leftroots member, in response to “We are losing, but we can win: Caravans, imperialism and waging the war of position for 21st century socialism” in issue 1 of Out to Win.

What a terrific visit! As we discussed, I’m typing up some of my thoughts on the LeftRoots piece on the caravan in case, totally up to you, you want to share it with them.

It’s excellent in terms of showing how imperialism’s assaults are what force migration. While I’ve often ranted about Honduras as an example, this piece provides a much more cogent and detailed presentation. Overall, they are completely right that we can’t adequately deal with the immigration issue without an Anti-imperialist analysis and stance. While they are clear on the economic and military interventions, I was surprised there wasn’t more on both climate change and the drug war. Maybe that’s in other writings and this, in the context of the caravan, was more specific, more limited. But just to be sure to say it, the drug war has been a major force for violence and civil chaos. When the U.S. ruling class ramped it up, they knew what would result because it had happened with Prohibition: It doesn’t stop use, but it’s a fearsome generator of violent crime. Their main purpose was as a means to incapacitate the rebellious Black community and build support for ‘law and order’; the 100,00 deaths in Mexico and violent disruptions of Central America mean nothing to them, just collateral damage. The role of the drug links to Black liberation within the U.S., which would add to LR’s important recognition of how U.S. racial capitalism depends on imperial super-exploitation. Climate change also is a major, growing driver of migration, with drought in Central America a significant factor in this round. Also, climate change is a crucial context for building internationalism.

I very much like that LR’s internationalism goes beyond just pointing to the interventions. As they say, Anti-imperialism is central because the economy is global, and, very importantly, we have a lot to learn from the more advanced struggles in the South. Great that they gave a couple of concrete examples of possibilities for solidarity in action. Right-on to their pointing to how our movements have mainly been in isolated silos, and for the vital need for base-building organizations to incorporate internationalism and Anti-imperialism.

They say that without Anti-imperialism we can’t answer the Right’s argument to white workers that “the Left [liberals] care more about migrants than us.” Yes, Anti-imperialism is absolutely necessary, but not sufficient. We have to call-out very specifically racial scapegoating (which has also often been done, with various ups and downs in intensity, with “welfare mothers” and “criminals”) in diverting white workers’ anger away from the real source of their problems. It’s not immigrants who are taking jobs and making work more precarious. The culprits are automation, mergers, downsizing, shifting of manufacture to low-wage countries and keeping those wages low by force, equity firms buying out and liquidating companies, the evisceration of unions, the secular stagnation of the U.S. and world economy. The conservatives don’t care about “us,” but instead divert frustration away from capitalism and toward the racial other.

The main reason this works is the depth of the history and culture of white supremacy. Also, it’s scary to fight the mega-powerful ruling class, therefore many settle for the psychological satisfaction of stomping on those “below” them. But we can’t get around the issue of who cares for whom without calling out the racial scapegoating as a way those in power use and abuse white workers. Given the factors mentioned, clarity on this won’t suddenly win over a majority, but it should be a way to get across to some who are best situated to ally with POC and international struggles. Of course, there’s tons that needs to be said about NOT falling into the old opportunist “runaway shops” argument that the best jobs should be reserved for white workers here. Our argument has to be developed in the context of international solidarity, a critique of the military and waste economy, the need for more worthwhile jobs like environmental remediation, and jobs that contribute to reparations by transferring green technology to the Third World, etc. But we have to call-out racial scapegoating as a diversion of, and thereby and attack on, white workers—at least in the arenas where we may be able to reach some people on it.

In sum, the LR paper is excellent in basing its approach on Anti-imperialism, does a really good job with Honduras as an example, is great in promoting international solidarity. I would have liked more on the drug war and climate change as drivers of migration and how they link to the Black struggle and internationalism respectively. Anti-imperialism is the framework; we also have to call out the key, super-virulent mechanism of racial scapegoating. As folks probably know, a very useful new book on immigration, with several sharp summaries of how imperialism fucked-up various Third World countries and also some level of challenge to racial scapegoating is Suketu Mehta’s This Land Is Our Land.

An afterthought on ruling class interests: as we know, major sectors of the ruling class love having some level of illegal immigration to provide cheaper labor highly vulnerable to reprisals for organizing. Most probably don’t have a problem with Trump’s racial scapegoating, which serves them in a way, unless an irrational momentum goes too far in cutting off migrants. But I think there is another strategic factor emerging. The more aware elements realize that in the decades ahead climate change is likely to create massive migration. They may see a value to beginning to put more barriers in place to maintain a fortress—and privileged—America.

Vicki, I greatly appreciate how you promote discussion and analysis. Also, my best to LeftRoots in their Anti-imperialism and organizing.